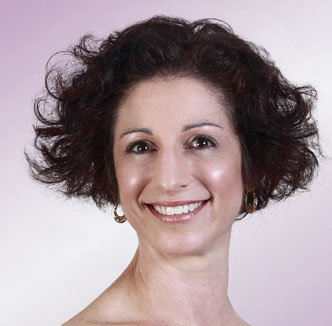 Courtney received her training in Houston, Texas, studying primarily under Anne and Nicolas Polajenko, Gilbert Rome, ABT’s Alexander Minz, Claire Duncan, and James Clouser. She trained for a year at the University of Utah under Li-Chou Chang. She had the opportunity to work with Sir Anton Dolin and Toni Lander, restaging Pas de Quatre in the role of Marie Taglioni. She danced with several companies, including Atlanta Ballet, South Carolina Ballet Theater, and Cleveland Ballet. She danced lead roles in Serenade, Paquita, Sleeping Beauty, Concerto Borocco, Raymonda Variations, and Lynn-Taylor Corbett’s Appearances. She has been teaching ballet since 1978 for various studios, including teaching at the University of Akron’s dance department. She received her B.A. in Anthropology and Communications from Cleveland State University in 1997 and has excavated for three field seasons on the Maya Mountain Archaeological Project in Belize, Central America, with Dr. Peter Dunham.

Diana Braun is an alumnus of Cleveland City Dance and has been training with the studio since she was 7 years old. She is a recent graduate of Otterbein College, where she received a B.A. in mathematics and a minor in dance. At Otterbein, she was able to work with Randy Skinner in Otterbein’s production of 42nd Street. She was also chosen to be the student choreographer for the 2009 dance concert “To Each, His Own.” Diana has been teaching with CCD since 2009, including establishing the Musical Theater program.

Amy began her ballet training as a child in Tallahassee, Florida, with Helen Salter, Nancy Abbey (Tallahassee Civic Ballet company). With Richard Sias and Gwynn Ashton at Florida State University as a high school student. She spent summers at the North Carolina School of the Arts. At 16, she became a Joffrey Ballet Trainee and moved to New York City. She trained with Jonathon Watts, Trinette Singleton, and Francesca Corkle and enjoyed the opportunity to perform with the company in occasional works, including Romeo and Juliet. She left the trainee program to study with Wilhelm Burman as a scholarship student and traveled Europe, where she enjoyed learning new styles of contemporary ballet. Amy left ballet in 1988 and went to Brown University, where she graduated with honors in Biology, and enjoyed studying modern dance with Julie Strandberg, choreographing and performing with the dance company “Extension.” She went on to Harvard Medical School, a career in academic medicine as a Pathologist, and raising a family. She now enjoys the chance to take ballet class again at Cleveland City Dance and create dances as a freelance choreographer.

Sara Lawrence-Sucato hails from Columbus, OH, and graduated with Honors from Mercyhurst University (Erie, PA) with a degree in Dance Teaching and Choreography. She has over ten seasons as a professional dancer with Cleveland’s The Dancing Wheels Company. She is also the company’s Tour Manager, and Sara teaches at several local dance studios. With Dancing Wheels, Sara has performed works by Nai Ni Chen, David Dorfman, Christopher Fleming, Heidi Latsky, Stuart Pimsler, David Rousseve, Robert Wesner, as well as renowned choreographers Donald McKayle and Dianne McIntyre. She has performed with Columbus, Ohio’s Columbus Dance Theatre, and The Dance Cure, as well as Erie’s Mercyhurst Dancers, Lake Erie Ballet, Shen and Bones Performance Group, and SoMar Dance Works. Sara’s choreographic credits include dances performed as part of Cleveland Public Theatre’s DanceWorks (2015) and Big [Box] Series (2009, 2010), “Revolutions” (2012) and “2” (2017) for The Dancing Wheels Company, and “Concerto Impressioniste” (2016) and “Ocean Stories” (2017) for City Ballet of Cleveland. Sara joined the Cleveland City Dance faculty in 2014.

Entering his third year as Associate Professor of Dance at Kent State University, Jeffrey Marc Rockland enjoys helping students expand, discover, and excel. Rockland brings his professional experience into the classroom. He sets a professional standard by which technique and artistry are achieved. Rockland had the great fortune to train with master teachers such as Laura Alonso, Robert Barnett, William Griffith, Constance Hardinge, Benjamin Harkarvy, David Howard, Robert Joffrey, Donald Mackayle, and Lupe Serano. As Soloist with Atlanta Ballet, Universal Ballet, and Les Grands Ballets Canadiens, Rockland danced an established repertoire of Balanchine, Bournonville, Feld, Fokine, Najinska, Petipa, and Tuder and had new works choreographed for him by choreographers including Anastos, Bahr, Barnett, Kudelka, McFall, Munroe, Pazik, and Taylor Corbitt among others. As Ballet Master for Les Ballets Jazz de Montreal, Rockland was asked to give master classes in cities worldwide. This led to his establishing connections in Asia that many years later have helped build Kent’s East Meets West Program. Today, besides enjoying his teaching at Kent State, Rockland is a guest teacher for several professional schools, including Joffrey Ballet’s New York Summer Intensive.

Previously, Rockland was Associate Professor and Director of UNC Dance Theatre within the department of theatre and dance at the University of Northern Colorado. While in Colorado, Rockland directed the University‘s ballet program and was Founding Executive Artistic Director of Colorado Dance Theatre and The Greeley Conservatory of Dance. Working with business partners, Rockland renovated a 10,000 square foot building (now The Conservatory Building) as a center for the arts in Greeley’s historic downtown.

Rockland holds a Bachelor of Arts and Teacher’s Certification in Ballet from Virginia Intermont College, a Master of Arts in Arts Management from Concordia University, a Master of Fine Arts in dance from the University of California Irvine, where Rockland was Chancellor’s Fellow and Graduate Teaching Assistant. Rockland completed a Secondary Teacher’s Certification in Dance from Pima Community College and holds national certification as a personal trainer from the American College of Sports Medicine.

In addition to his career as an educator, Rockland has enjoyed a long performance career starting at the age of 4, playing Sasha in the MGM classic, Dr. Zhivago. In his late teens, Rockland began a dance performance career which included working with Les Ballets Jazz de Montreal, Les Grands Ballet Canadiens, the Atlanta Ballet Company, the Universal Ballet (Seoul, South Korea), the Scottish-American Ballet, and the Bristol Ballet Company. For more than 25 years, he has choreographed, directed, and produced dance at the professional, collegiate and high school levels.

Shannon Sterne is an Assistant Professor in the Department of Dance at Case Western Reserve University, where she teaches Graham-based modern dance technique, dance kinesiology, and dance history. Previously, she danced internationally with the San Diego Ballet, toured nationally with the Dancing Wheels Company, and performed throughout southern California and Ohio as a freelance artist. She has had the pleasure of performing works by many notable choreographers, including George Balanchine, Heinz Poll, Martha Graham, Pascal Rioult, David Rousseve, and Michael Uthoff. Her choreography has been met with critical acclaim nationwide, notably at the San Diego International Fringe Festival, the OhioDance Festival, and Cleveland Public Theatre. Sterne is also a Registered Dietitian Nutritionist (RDN) with research interests emphasizing nutrition and wellness for dancers. She teaches master classes in Graham technique at Cleveland City Dance and regularly sets choreography on the company dancers.

Raymond J. Zander II was born & raised in the Northern Chicago suburb of Northbrook, IL. He did his undergraduate work at Northern Illinois University and began his professional career at John Kenley Players nearby in Warren, OH.  This was followed by three seasons working in the Costume Shop of the Tyrone Guthrie Theater and then a year of Graduate work at New York University.  While living in New York, he worked at several of the major costume houses, including Michael-Jon Costumes and Grace Costumes. Grace Costumes constructed the designs of David Guthrie for the Cleveland Ballet’s production of The Nutcracker. Artistic Director Ian (Ernie) Horvath and Dennis Nahat invited him to join the Cleveland Ballet staff for a 20-year career as Costume Supervisor before financial woes caused the company to close its doors and move to San Jose. Mr. Zander has designed for The San Jose-Cleveland Ballet (Dying Swan, Corsaire, Flower Festival, Black Swan, A Fairwell to Ian Horvath), The Illusion Mime Theater, Groundworks Dance, and the Tom Evert Dance Company. The latter garnered a review from the New York Times dance critic of “genius” for his costume design of Pigs and Roses. He is a proud member of Wardrobe Local 883, which has allowed him to work with many of the national Broadway tours, as well as Radio City Music Christmas Spectacular. Due to the fine work of Playhouse Square, he has been able to work on national tours such as Footloose, On the Record, and The Drowsy Chaperone, which began their tours in Cleveland. Living in Cleveland also has allowed him to work in commercials and film, including A Christmas Story and Welcome to Collinwood (George Clooney Producer).

Heather Koniz Young holds a Master of Fine Arts in Contemporary Dance from Case Western Reserve University and a Bachelor of Arts from Hamilton College. She is a part-time lecturer at Case Western Reserve University and the office manager/administrative assistant for Cleveland City Dance and City Ballet of Cleveland. Mrs. Young is also a dance instructor at Cleveland City Dance and a yoga instructor at Yoga Roots.

Throughout her time in Cleveland, Mrs. Young has danced professionally with Antaeus Dance, the Verlezza Dance Company, Marquez Dance Project, and Tikvah Company of Artists. She has choreographed musicals for Hathaway Brown and Euclid High School. Her choreography has also been performed at the Northeast Ohio Dance Festival (2010 and 2017) and Cleveland Public Theatre’s DanceWorks’ (2014 and 2015).

In July 2015, Mrs. Young and her husband welcomed their son, Carter, and look forward to their second baby’s arrival in May.